The photo for Wordless Wednesday #16 made me I realize I haven't talked much about the track plans for my Adena layout. There were a few posts about Pine Valley Yard mock ups early on, but nothing since. So far I have found designing a layout based on the NKP mainline through Adena and it's connecting Adena Branch difficult.

The biggest problem I'm facing is designing for the wye just west of the yard at Adena that begins the Adena branch and a bit further south another split for the AC&NA branchline at AC&NA Junction. Here's a labeled version of that Wordless Wednesday aerial photo of Adena. 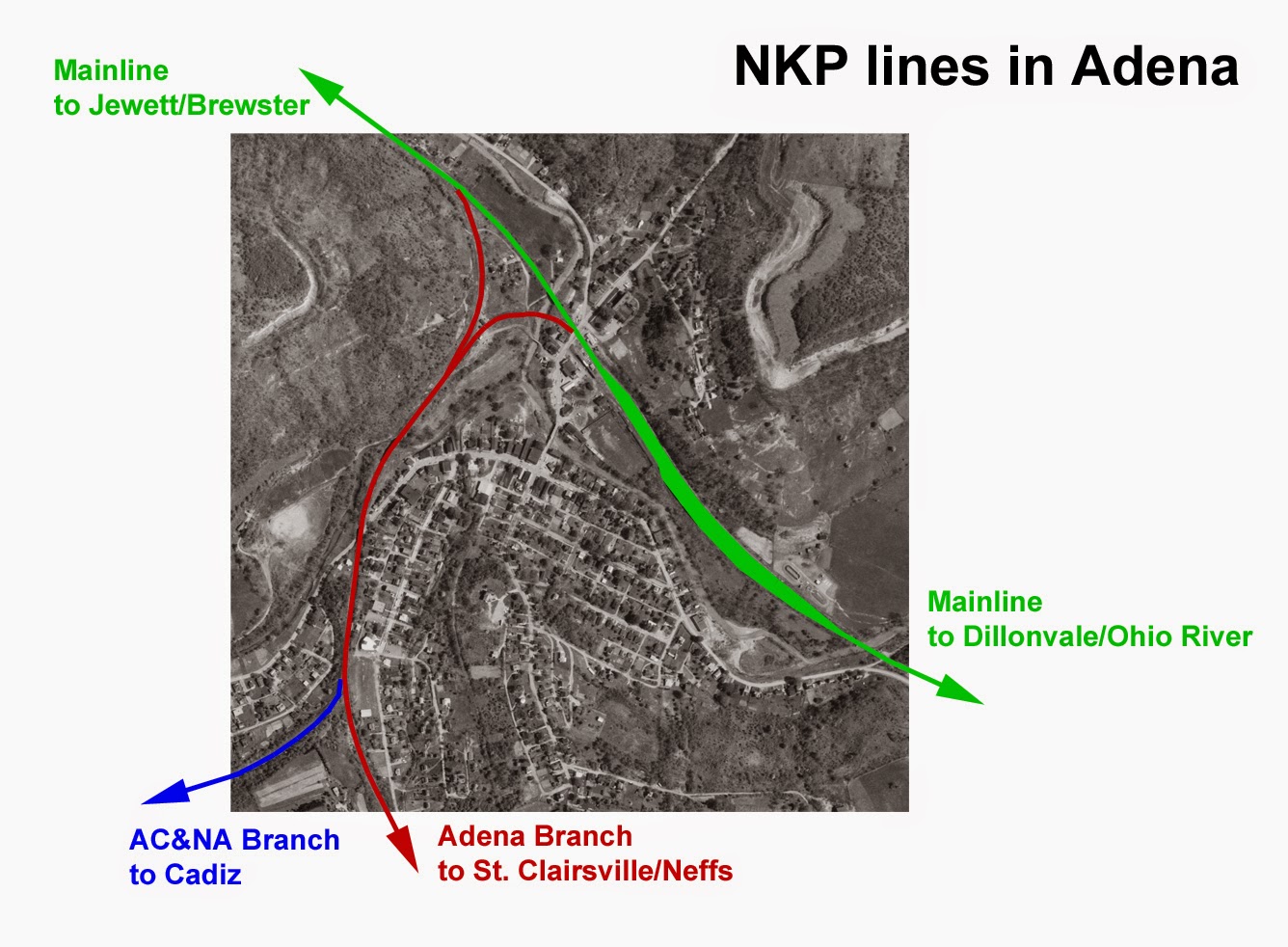 The primary focus of my layout will be the Adena Branch with the marshaling yard at Adena and hopefully a version of the Pine Valley yard at Dillonvale where crews start their mine runs. Anything west of Adena and east of Dillonvale would be represented by a hidden staging yard. The AC&NA branch, another major source of coal traffic into and out of Adena, could also be represented by a hidden staging yard or possibly a visible short run to the yard where the Georgetown Prep Plant cleaned coal at Cadiz, OH. The Adena branch itself would be modeled as fully as possible, mostly on a second lower level, all the way to it's terminus in Neffs.

And there's the complexity, fitting a version of Adena with it's wye and junction with 4 functional ends. Luckily there's someone out there that has some experience with wyes and has written about them in print and online.

Dan Bourque wrote an awesome article in the 2013 Model Railroad Planning about handling wyes in layout design and also featured his own multiple level, multiple wye Dorchester & Dixiana layout. Some of those suggestions in his article and his website, appalachianrailroadmodeling.com, helped me draw up various ways to tackle Adena. Dan also has a layout plan for modeling Adena and the AC&NA branch in a 15' x 18' room. How cool is that! His treatment of the Adena wye is shown as one of four possible ways I've come up with.

The best location for the Adena wye in my basement is in or near the only unobstructed corner met by two long walls. All of the below designs are nestled into that corner with the branchline running along a wall or out in a peninsula. I don't use any track design software for ideas, I prefer pencil and paper for sketching out and refining ideas, so please excuse the crude photoshop drawings. Some are pretty rough with some horrific curve radius's used, but you get the idea.

Here's are several ways I could handle modeling the Adena wye. 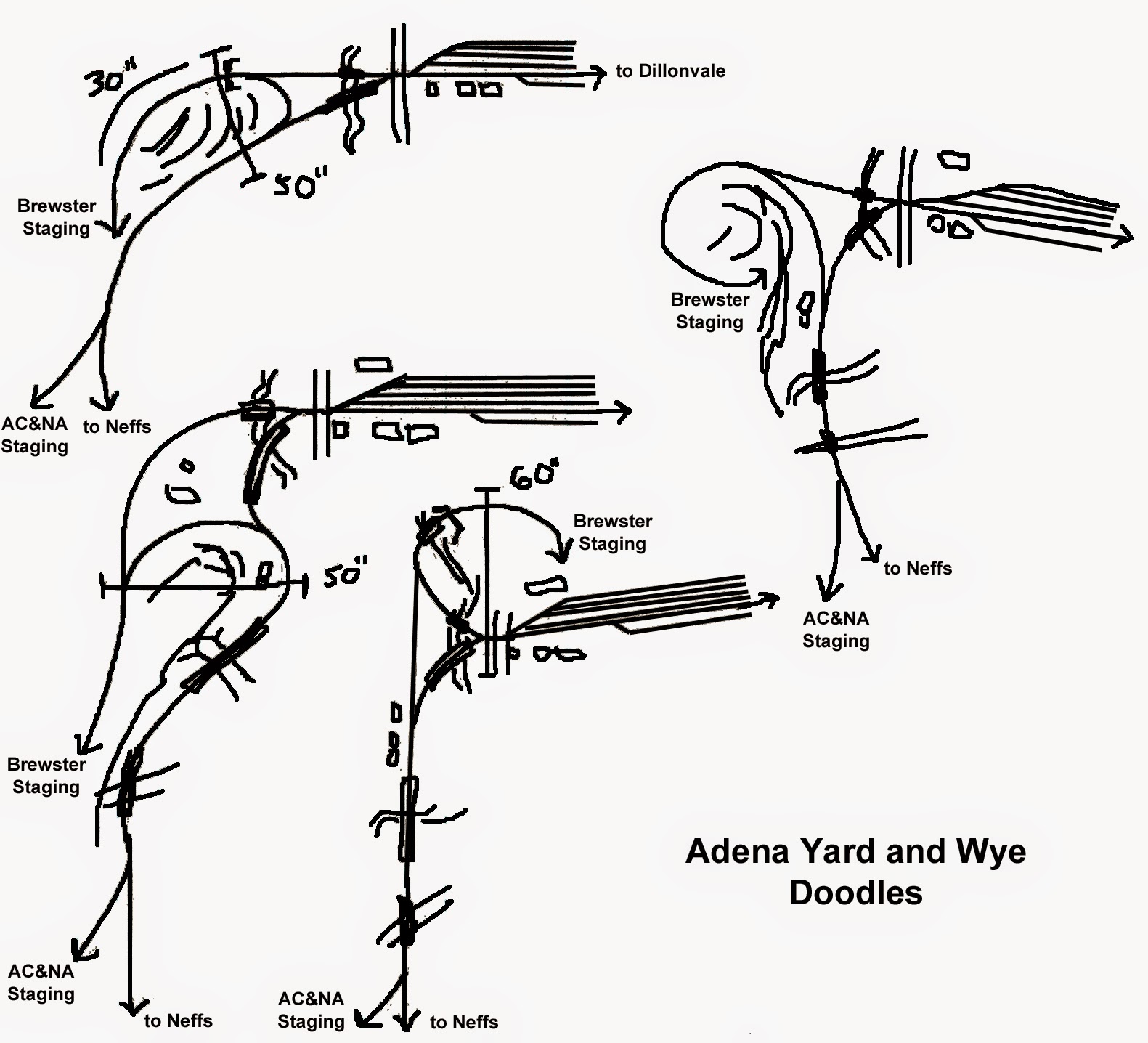 Picking one that gives the best balance of scene compression, best functionality and ease of construction, and then fitting that in to the rest of a basement with other track plan options has been very difficult.

Hopefully later this week I can share a few of the different full design ideas I have for the Adena Railroad.
Posted by Chris Ellis at 12:37 PM