Currently almost all my spare time has been devoted to studying for my CompTIA A+ exam (IT industry certification) next week, so I haven't started the Adena benchwork construction just yet.  However, I have managed to slip in a small amount of layout design time during study breaks.


First here's an overview of the tracks through Adena. At left is the wye junction and on the right you can easily see the yard and a few cuts of hoppers filled with coal.

Below is a close up of where most of the railroad action took place in town. Noted are the various buildings that also show up on my mock up in flat dimensions. 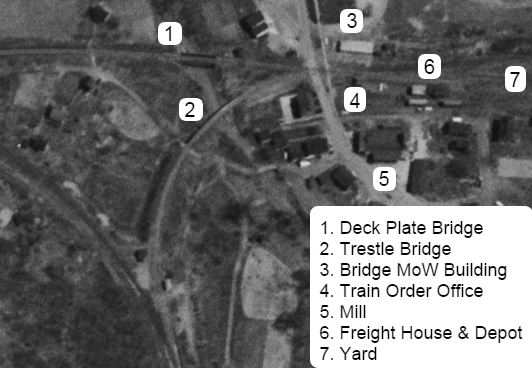 Having the mock up to look at for a week or so now has made me want to tweak a couple of things. This is why I love mocking up stuff, you can make major adjustments before real construction starts.

I felt the area at the east end of the wye before the bridges seemed a bit too cramped. Many of the prototype photos show a good amount of space in between the diverging routes before the ground drops off into the Short Creek. As an example click here to see a wonderful JJ Young Jr. photo of the Adena wye that shows that spacing between tracks. Wordless Wednesday #57 also conveniently shows this spacing.

To fix this I added about 4" to the space between the bridges and east wye switch by pushing the entire yard to the right. The yard was never going to fit completely along one wall anyways.

I think this helped a lot but I may add a few more inches so I can fit a entire 2-6-6-2 off the bridge, have the tender access the water plug (as seen in the JJ Young photo) and still and be clear of the switch. The below photo shows another three or four inches will definitely be needed to achieve that goal.

Compression is a never ending battle when scaling down a scene. Is adding a few more inches here or there important? I don't know but I'll find out before it gets built, another reason to love mock ups!

Speaking of adding, I also decided to add the Adena Mill with a small bump out, increasing the precarious nature of my foam mock up. Thank God my cat is not a curious creature. He typically avoids the trains and associated shelving.

During my planning I've never really considered adding the Mill but this new configuration of Adena and the chance to add something to operations other than coal was worth quickly throwing it together to test out. Does it make the scene feel too busy? Will it affect reaching in near the yard throat? Once I'm ready to make this mock up real I should know if I feel whether it's a keeper or not.

I've always liked the Mill building, it's currently still standing but looks abandoned. I don't have any photos of it during the 1950's or 60's but here's one from this past year. It certainly doesn't seem to have changed much from the 1958 aerial photos.

If anybody from the area has any info about or photos of the mill in it's heyday please drop me line!

Well it's back to studying, but here's a few more photos from my short layout tweak sessions. 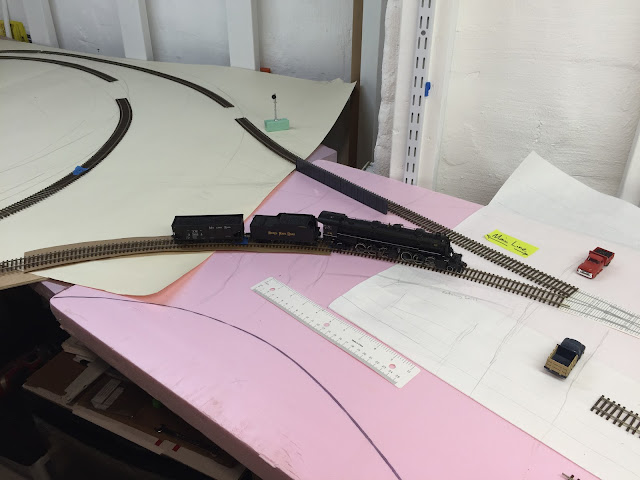 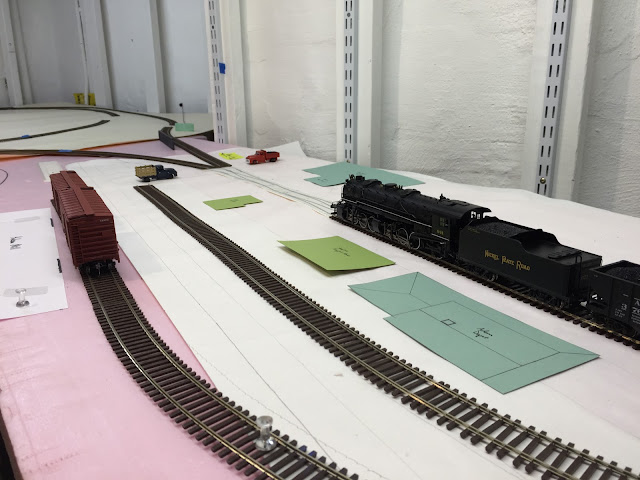