After yesterday's Not So Wordless Wednesday #56, I felt I should show how the Adena Wye will fit into my space plus have all three routes active and function like the prototype.

For the March 2015 blog post describing the the design challenges I faced with this wye, click here.

The long story short is the wye at Adena needed to be modeled to have traffic flow from the branchlines back to the mainline in both directions of the wye. At the west end of the wye the mainline would go directly into staging representing Brewster and therefore could be hidden.  The east end of the wye heads directly into the coal marshaling yard at Adena and onward to another yard at Dillonvale or more staging.

Here's an 1950's aerial view of Adena showing the routes of the wye to help visualize what I'm talking about.

I did have one design that handled the Adena yard and the wye in a large peninsula, it was huge and better suited for a dream basement. I've since decided I don't want a huge peninsula hogging up space in my current small basement.

So to keep the design around the walls I came up with several ideas based in part on Dan Bourue's 2013 MRP article about handling wyes in layout design. Of the four ideas I presented in the March blog post, two were combined into a solution.

Since I like to make full size examples of my plans I mocked it up with loose track and foam sheets.
Here it is in a full panoramic view.

I believe this design stays true to the prototype track layout and puts the layout in the best position scenically to capture the essence of the area with the southern Ohio hills helping to hide the mainline to Brewster staging and line the backdrop behind the wye. Here's a close up of the wye area with a crudely drawn hill that will help the westbound mainline disappear 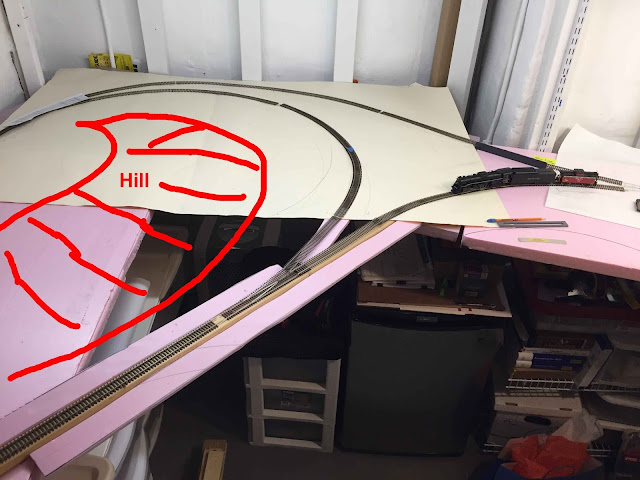 The curve radius for the mainline at the top and the east wye leg that has the steam engine sitting on it is a respectable 30". However, in order to make the curve with the mainline, the west wye leg has to make a 180 degree turn at a tight 24" radius. This will be fine for coal hoppers and my Berkshires which have been tested on that radius anyways. The west wye leg and main line will meet at a curved #8 30/24 right hand switch based on a Fast Tracks template.

An obvious issue with this design is that it makes for a really deep scene at nearly 5 feet wide from layout edge to the switch at the back. I figure the hill can be a built up ridge of foam with the backside completely open for an access portal to pop up from below to address any issues with equipment or maintenance.

In all I'm pretty happy with this plan for Adena, it's not perfect but it achieves what I want to get out of this area. About the only thing I can think to tweak is moving the east wye switch and yard east (right) about a foot to give more room for the two bridges and ease the radius a bit on the most visible up front curve on the wye.

Now to figure out the benchwork part and get started. In the meantime here's some more photos. 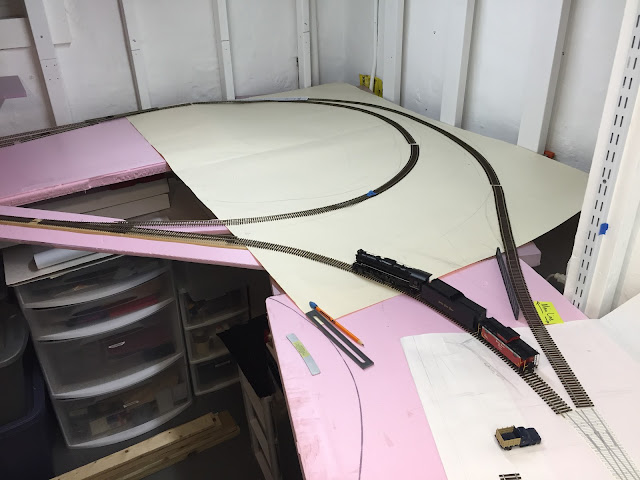 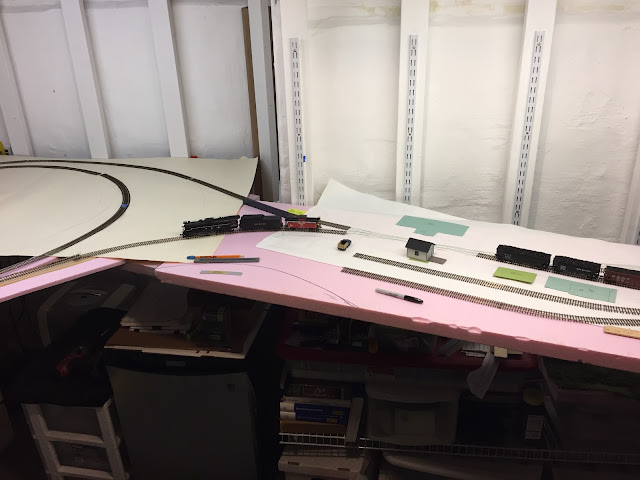 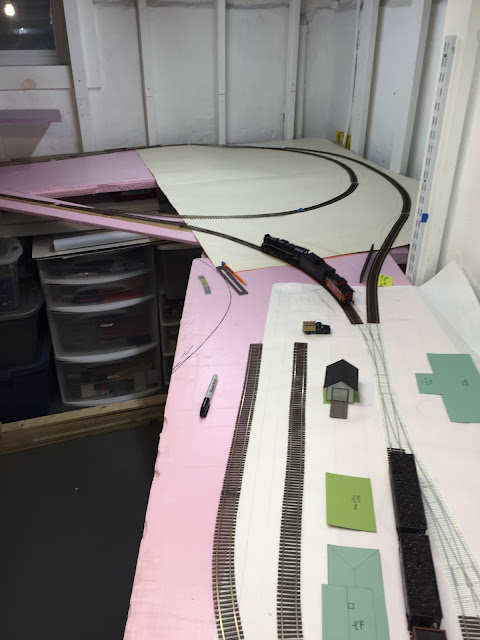 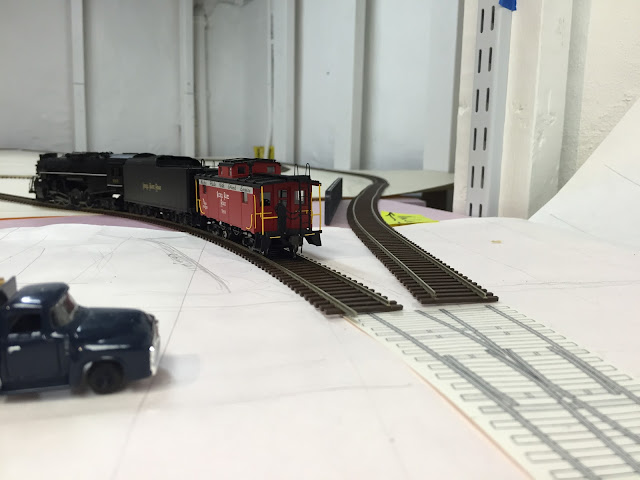