A couple of weekends ago Brendan and I took a quick weekend trip to Washington DC. Aside from the usual monument sightseeing, parts of our trip were of course centered around some train related activities.

This first side trip involved heading to Washington DC Union Station and riding Amtrak on the Northeast Corridor. We planned to visit the B&O Railroad Museum in Baltimore which was only 45 minutes away by train. Unfortunately the train was running late and would later impact our time spent at the B&O Museum. This would be Brendan's first Amtrak train ride and what other way to do it than at 100+ MPH!


While boarding #194 the Northeast Regional, we spotted what Brendan said was "The Cardinal" powered by engine #177.

It didn't take long to hit 100+ MPH. Here's a screen grab off my phone tracking the #194 on www.asm.transitdocs.com

I know at times we were going faster that the 108 reported. Speaking of fast, while stopped at a station we caught an Acela at rest.


Once in Baltimore we rode the public transit to the B&O Railroad Museum. As previously mentioned the delay in arriving left us with only 30 minutes to enjoy only the inside of the roundhouse before they closed. Sadly that left us unable to see the C&O Streamlined Hudson and massive Allegheny which were in another building.

However the museum staff was kind enough to give us passes to use within 6 months for a return visit. I'm not sure we will return that soon but you never know. 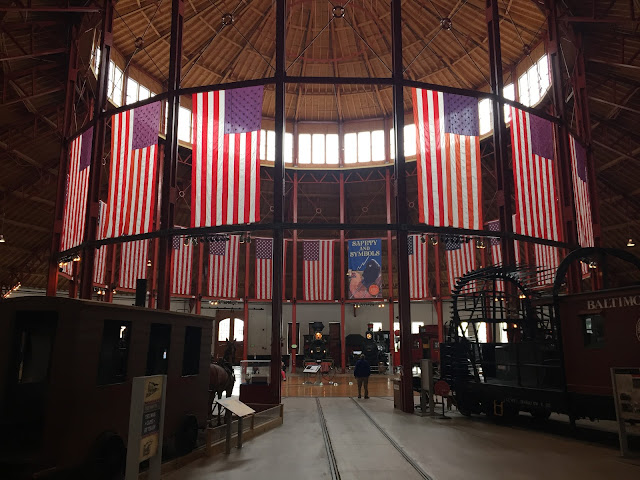 Inside the full circle enclosed roundhouse is a very impressive display of early railroad equipment. 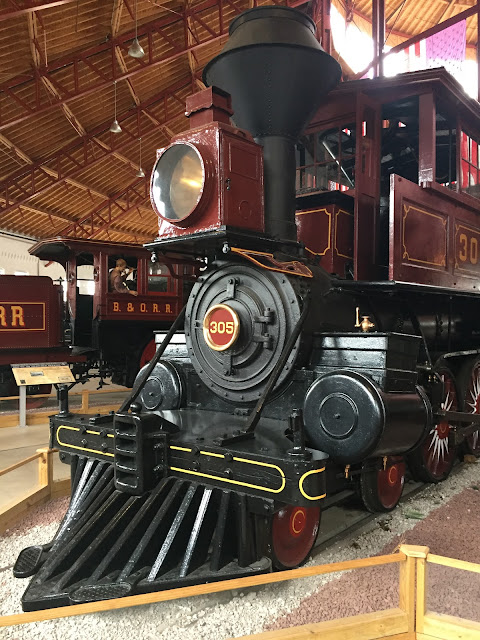 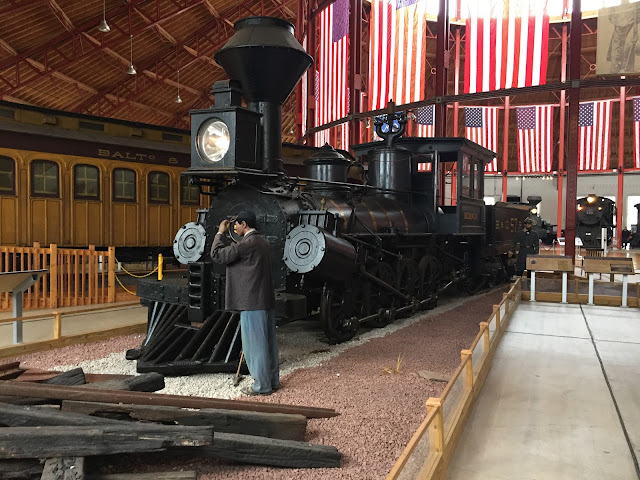 In the above photo Brendan poses with a EMD GP40 in B&O capitol dome paint. I remember seeing those in in action painted like that! Now that it's considered a museum piece hurts the soul a little bit.

After our whirlwind tour of the B&O Museum we headed back to the Baltimore Penn Station and waited for our return trip. Dunkin Donuts in hand we boarded and headed back to DC for a Nationals baseball game. 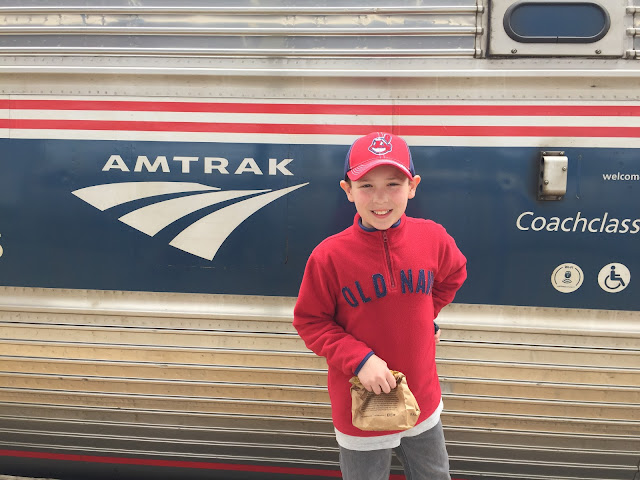 Washington's Metro system is worth a mention here as well. We were very impressed with the clean cars and stations. We rode it everywhere we needed to from our hotel room out in Tyson's Corner to the sights in DC and the new Washington Nationals ballpark. The only trouble we had was with our all day fare cards after Brendan slipped in behind me without scanning his card entering a station. I guess the fare system won't let you exit a station if it thinks you never entered. Thankfully a worker let me though after I ended up using the card that Brendan originally didn't. 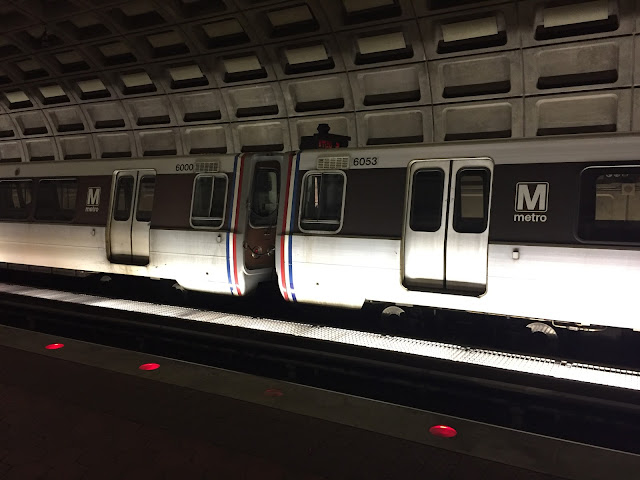 On the way home from DC on Sunday we stopped by Cumberland, MD to see the CSX yard and the Western Maryland Scenic Railroad Station. Sadly, I failed to realize how close their shops were or we would have paid those a visit also. We had driven over to Ridgeley, WV just to say we went to West Virginia, another few hundred yards and we would've seen the WM's shops! Oh well, hopefully we'll be back soon to see their C&O 2-6-6-2 #1309 in action. 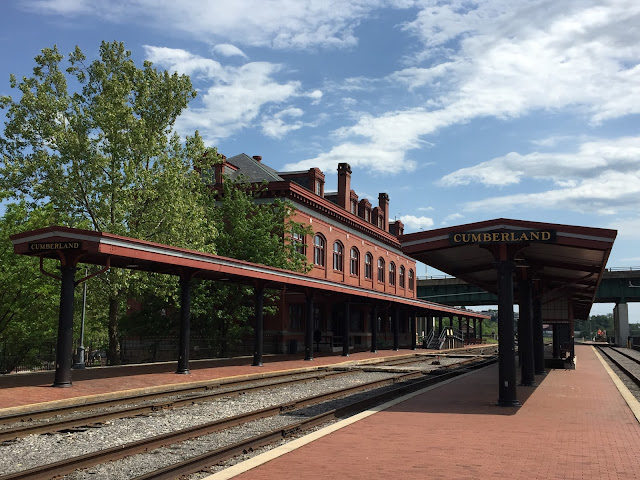 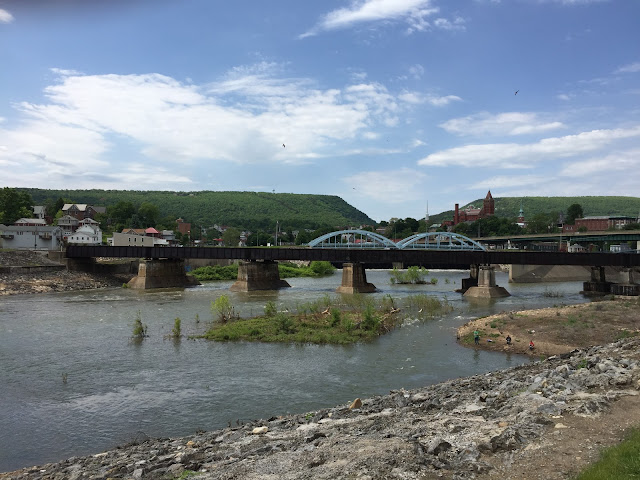 Leaving Cumberland we were rewarded with a stack train winding along the cliffs as it entered town but since I was driving and Brendan was stunned by the scenery no photos were taken. We headed to Hyndman, PA for more CSX action and upon arriving we hung out for a bit but saw no trains. With time running short on our trip we dashed to the famed Sandpatch for a hopeful finale. As a teenager being introduced to the hobby I remember hearing a lot about Sandpatch from the B&O modelers in my local club so I had a fair amount of expectation for the place.

I can safely say we were not disappointed. Upon arrival to the overpass bridge at Sandpatch we were greeted by green Eastbound signals. After a 20 minute wait we started to hear the train long before it rounded the bend. Although this autorack train had no pushers at the end it was still fun to watch it slug it's way upgrade toward the peak of the grade and Sandpatch tunnel.

After the autorack train rumbled by we headed into nearby Meyersdale, PA to see the a Western Maryland bridge now part of a bike path. The views were spectacular but no more trains came by while we waited. 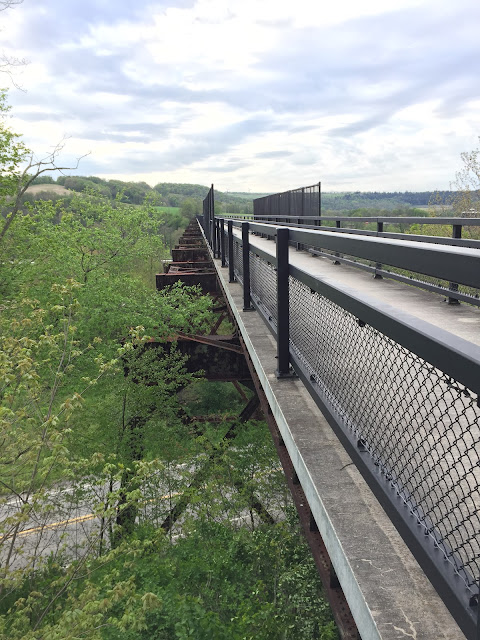 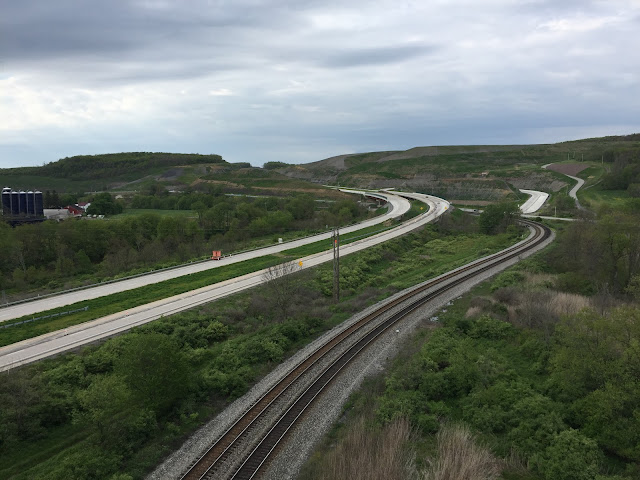 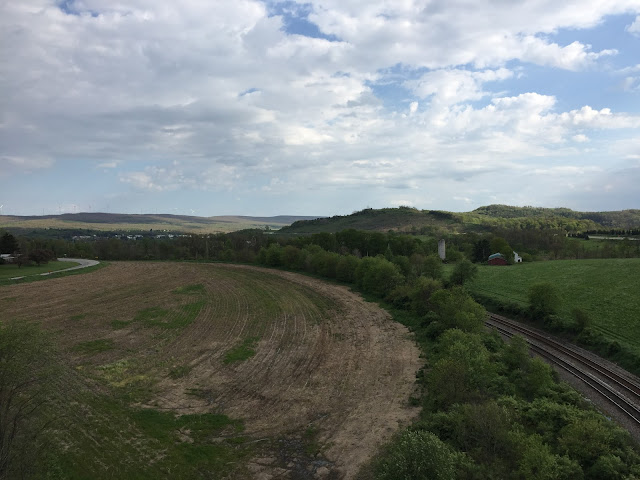 Still faced with over a 3 hour drive home we packed it in and hit the turnpike. In all it was a great Father - Son whirlwind weekend trip.
Posted by Chris Ellis at 3:30 PM 4 comments:

Posted by Chris Ellis at 2:03 PM No comments:

Posted by Chris Ellis at 7:40 PM No comments: 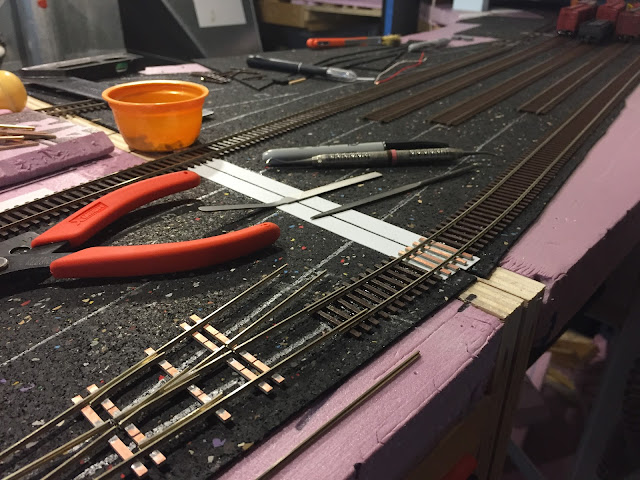