As hinted at in the last Wordless Wednesday, track laying in Adena has finally begun.

I'd been delaying track work on Adena mainly due to needing to curve the east end of the yard which continues through the bridge at the end of the yard ladder. After I recently relaid the curve leading to this bridge and glued it down, I knew I could continue westward with track construction.

Most of us when trying to build from the prototype must at times make compromises due to space or operational constraints. The large wye at the west end of Adena plus the the yard would fit with reasonable compression along a 30 foot wall. Unfortunately my basement walls are about 25' long, so the best way I found to fit all of Adena was to curve the east end of the yard. The wye and the west end of the Adena are a signature scene so I wanted to preserve that side as much as possible to match the prototype.

The two turnouts that were laid first anchor the main line through Adena, the start of the wye for the Adena Branch and the west yard ladder. 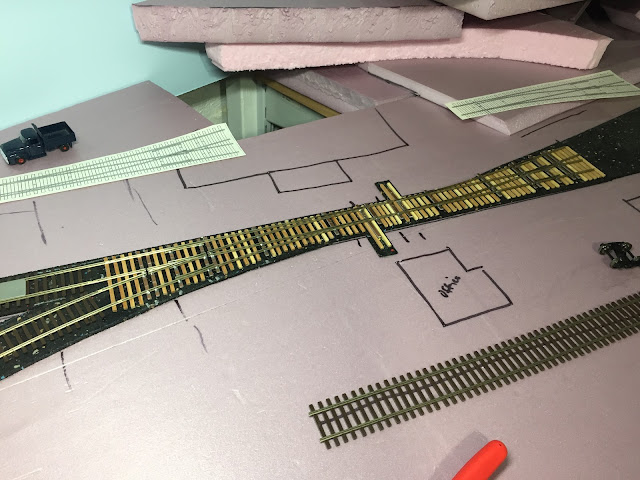 The turnouts are constructed using Fast Tracks #6 fixtures and Mt. Albert ties which are glued down with Dap Clear Adhesive Caulk. After the caulk had set the turnout was spiked down every few ties with Micro Engineering small spikes. 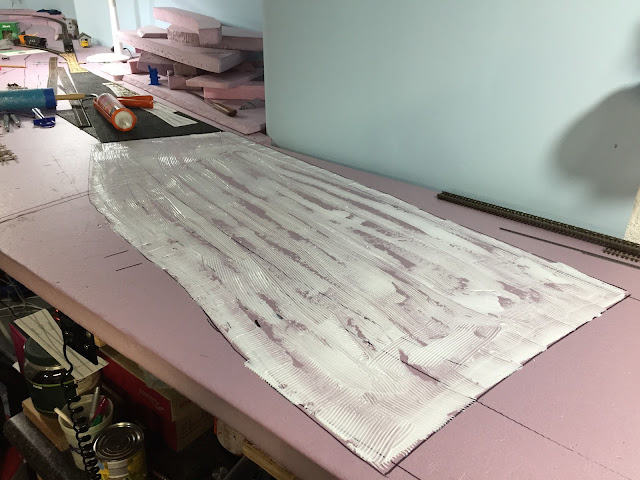 In the above photo DAP adhesive caulk has been spread for the rubber sheeting I use for roadbed in large areas like a yard. 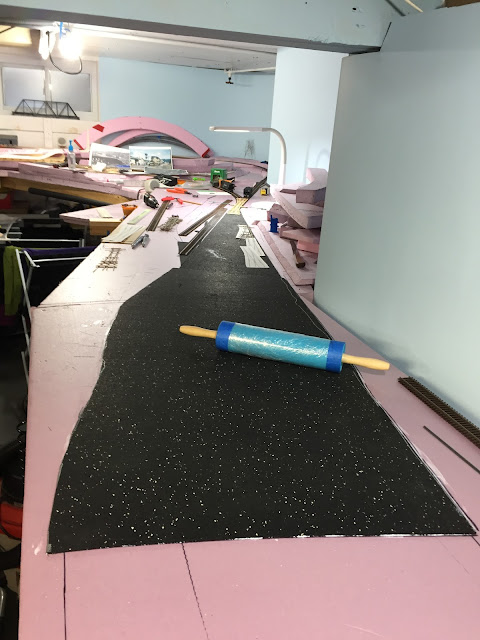 The rubber sheeting as been cut and rolled flat. I found with the rubber material you don't want to accidentally stretch it out too much when rolling it out or it will pull on the foam. 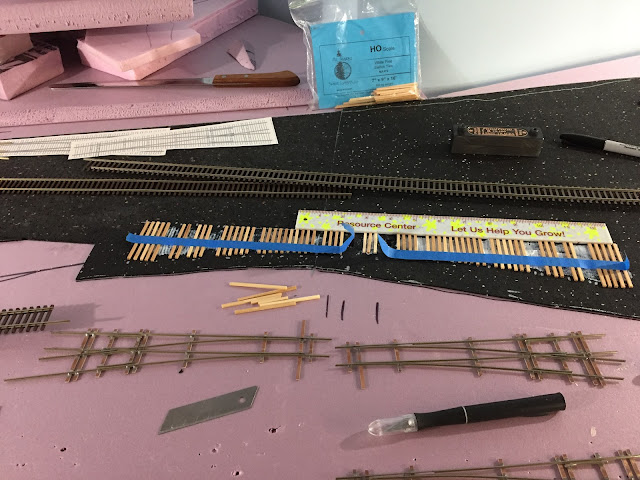 The next two switches that serve as anchors for the main line are the lead for the Adena Mill and team track, and a switch for two more yard tracks and the rip track. In the photo above, I'm making final adjustments to the wood ties that have just been set into the adhesive caulk. I built my own jigs to make turnout tie strips faster. I've since figured out to delegate this task to my son to get him involved more in construction now that he's older. 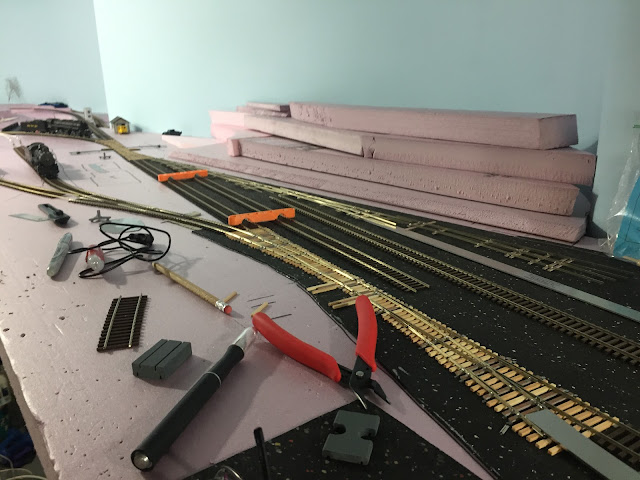 The turnouts have been spiked down and in the background the team track and Mill tracks have been loosely added. Even though I'll eventually paint all the track work I meant to stain the ties with a India ink wash but in my excitement to get track laid I forgot. 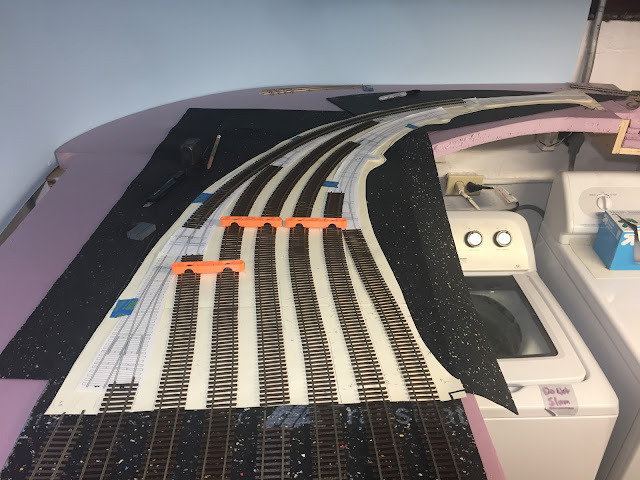 I've used a large sheet of construction-like paper to help design the curved east end yard ladder. Along with Fast Tracks printable templates I also used 3D printed track spacers to help layout the yard tracks. These 2 inch track spacers were found on Thingverse.com and are free to download and use for yourself. I had my work place print several for me which have been great for the straightaways. I ended up using a manual 2.25 inch spacing on the curves which allowed Brendan's larger modern equipment to pass each other and didn't wreck my plans for this area too badly. 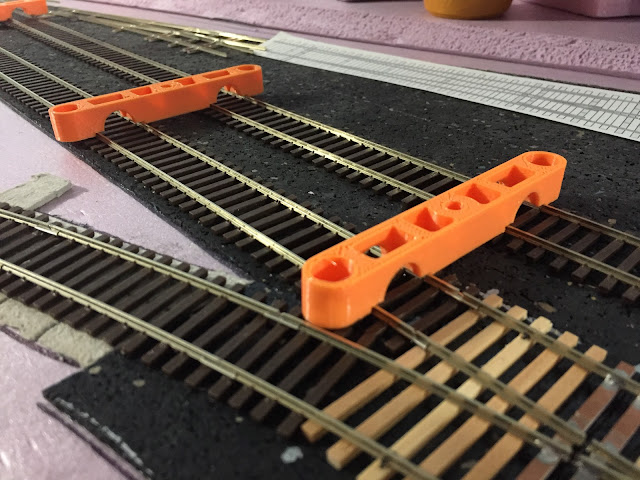 Here's a closer view of the 3D printed track spacers in action.

And a photo of them being printed. Each one takes about 30-40 minutes. The library I work at only charges $1 an hour for printer time and materials so the wait is well worth it. While the print resolution is not that great for models, it's just fine for tools and other things like servo brackets.