Progress continues under the stairs and around the corner on the benchwork for my version of Pine Valley Yard in Dillonvale, Ohio. Pine Valley will act as a open staging yard for two of the four timetable freights and as it did in real life the starting point for many of the mine runs in the area.

I plan to make a stand alone blog post about the role that Pine Valley Yard will have in layout operations and how it will be modeled. On to the benchwork photos.

Having the benchwork go under the stairs was not the most ideal situation but it gets me the room to hold at least three or four 9-10 foot long trains. There's no way I could have switches starting the yard behind the furnace for access reasons so the run had to be extended. 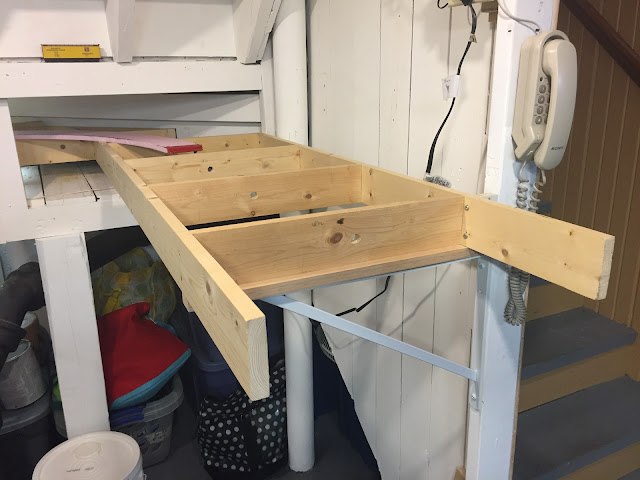 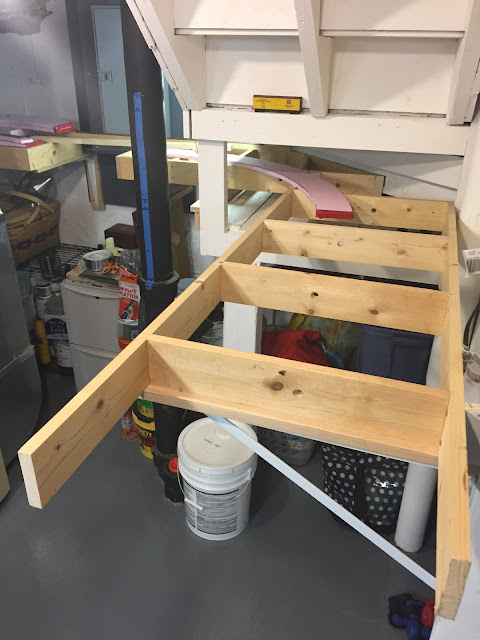 This was one of of those building phases I probably spent too much time thinking about the best way to proceed. I originally wanted the benchwork to fully attach to the wall but the stairwell framing and stack pipe made that difficult without designing an overly complex 1x4 box frame. Before becoming overwhelmed with decision paralysis I went with the simplest solution, another simple rectangular 20" wide 1x4 box but with one end a little longer to attach to the rest of the benchwork with a cleat. A  small 1x2 block that can be seen below the phone and to the left, keeps things square to the attachment point under the stairs.

Speaking of which there are only three attachment points for this section as seen below. I was originally concerned but the section turned out to be very strong. I'm sure the large metal shelf bracket helps a lot. 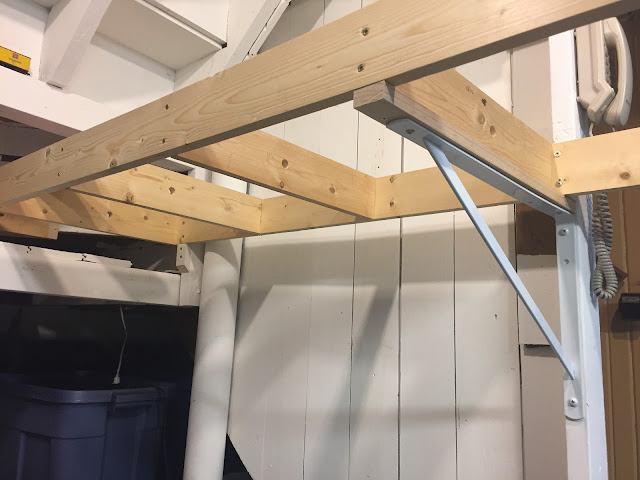 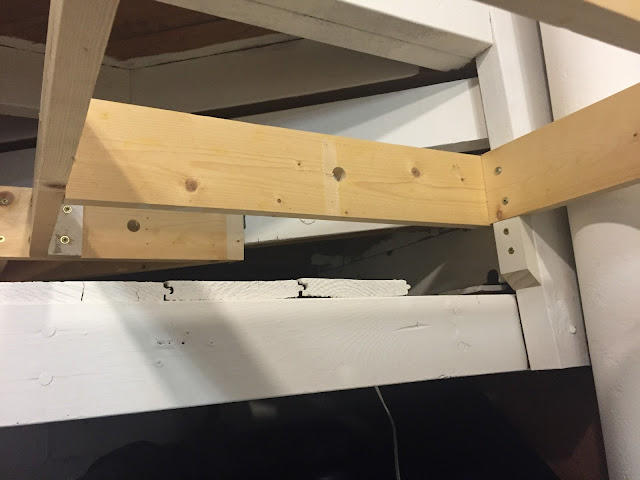 I still need to cut a nice piece of birch plywood for the end plate and a matching piece for the future expansion  As I mentioned in my previous Construction Report, I would still like to expand this area with a removable engine terminal module for operating sessions (or until my wife says "Get that thing out of my path to the laundry"). Part of me feels like I might just build the module now while I'm on a roll.

Here's another look at a quick mock up, this time on the completed benchwork. 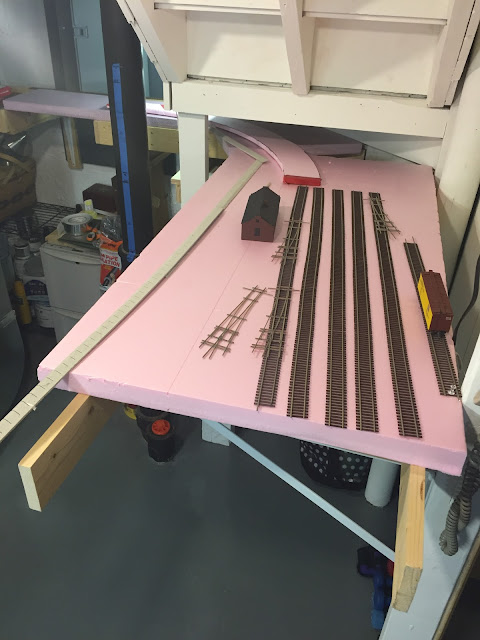 I think I'll angle the scene out of the curve (somewhat like seen above) so the yard ladder closes along the layout edge (bottom right and probably on the removable section). This will open up more space for the engine terminal. Thanks to Mark Flood for the idea, he drew his track layout for Minster, Ohio at an angle to include more buildings while designing a modular NKP Minster Branch.
Posted by Chris Ellis at 4:10 PM