After my December update the work on remodeling the bathroom was pushed back until after the holidays. In the meantime however I'm warming up my construction skills by building more benchwork for the layout.

I knew the difficult parts of the layout to build would be the sections that run over the laundry area and another part that will run behind the furnace. Each section needed a part or all of it to be removed for maintenance reasons. The washing machine/water heater section that represents east of Adena to Long Run Tunnel was completed in Construction Report: September 3, 2016.

The west portal of the Long Run Tunnel will be a bit left of the various vent ducts as seen below. Everything beyond begins the next section of benchwork. This area will be "hidden" as it goes behind the furnace. 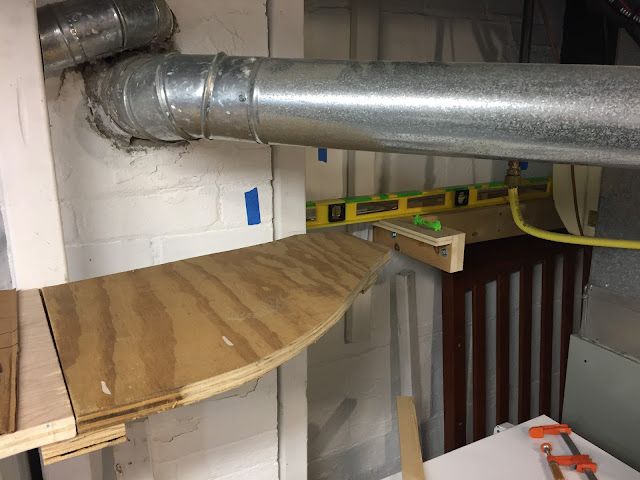 This section from Long Run Tunnel runs to a "open" staging yard which will also double as a very abbreviated representation of Pine Valley Yard at Dillonvale. Due to a combination of the narrow space and the overhead duct work I switched to a traditional 1x4 open grid style construction instead of my wall studs and shelf brackets benchwork method. I feel by the time I'm done I will have used just about every possible construction method on this layout!

The furnace section will have the mainline running downgrade so the Pine Valley Yard/staging can clear the framework of the basement stairs. Coming off the mainline after the tunnel portal will be a diverging route that will run upgrade to meet with the far other end of the mainline as a continuous run track. To achieve both I needed to use risers hence the open grid benchwork.

I made the section directly behind the furnace in two pieces so one section can be removed to perform maintenance on the humidifier. The removable section is bolted to a bracket on one side and the rest of the benchwork on the other. We only run it in the winter so it will be a few years before I have to access the humidifier.

Here's the completed section before installation. 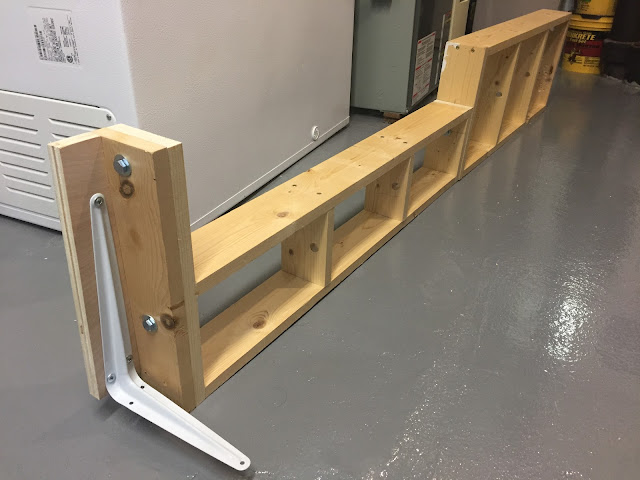 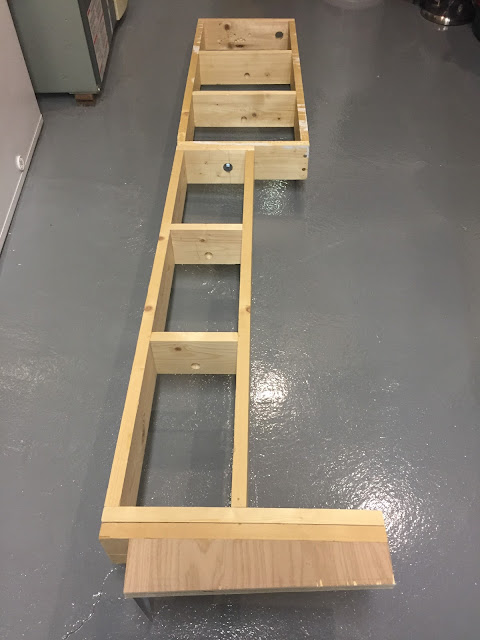 Here is is installed and connected to the benchwork along the back wall. As you can see the Humidifier creates a brief narrow 7 inch space between it and the wall, plenty of room for 2 tracks. 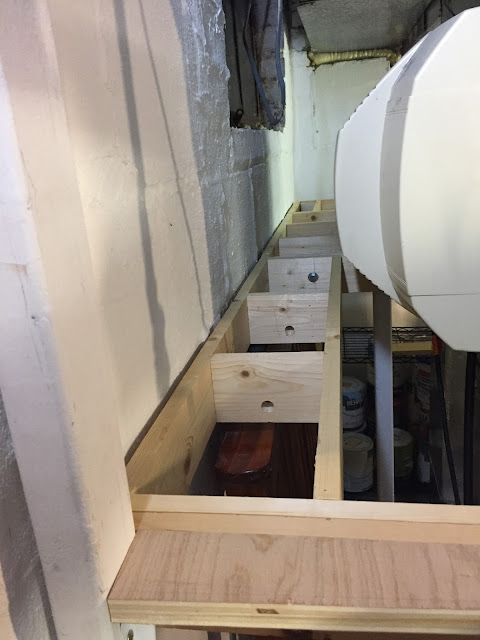 Along the back wall is where Pine Valley Yard/Staging will begin. Here I continued the open grid benchwork due the need for another removable section, this time for fuse box access.

On the other side the benchwork continues through an odd shelf built into the stairs. The fuse box gap will be filled with an easily removable plywood section. 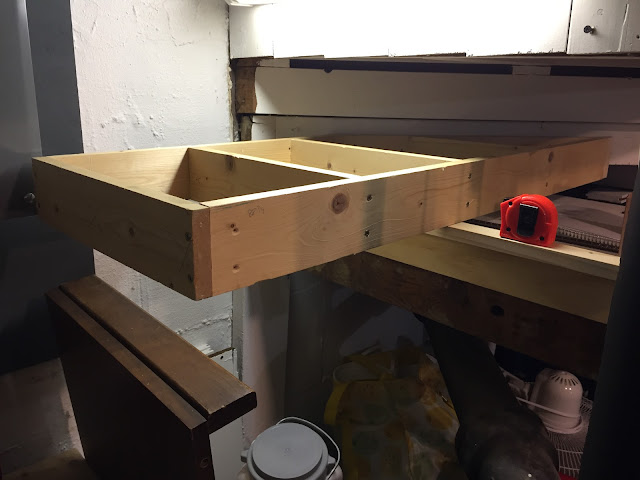 Before I could build the the final section the weather turned bitterly cold making it no fun to cut wood in the garage, but here's an idea of what I hope to accomplish.

The end of the staging yard will also function as the starting point for all of the mine runs. Just like at the real Pine Valley, each mine job will be staged at the Yard Office waiting for their turn to head out. I don't need a whole lot of staging tracks as research has shown the mine runs didn't return with much, leaving a vast majority of the coal in Adena.

I'll build this last part with the thought to expand in the future by adding a proper engine facility. For now this arrangement will serve the immediate needs of the layout.
Posted by Chris Ellis at 10:44 PM